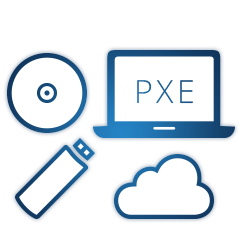 When it comes to software distribution methods, you have a wide array of options you can utilize, from CDs, DVDs, and Blu-ray discs to USB drives, the Cloud, and a PXE network. There are key differences with each method that will determine how much interaction is required by the IT technician or person responsible for installing the software application onto the device.

This type of software distribution method requires you to visit each desktop, laptop, tablet, or smartphone device. Some installations may require you to tether the mobile device to a desktop or laptop. Using discs can be rather time-consuming and tedious work, especially if you are responsible for managing hundreds of devices.

USB drives are just external storage devices that have the software mounted on it. You still have to plug the drive into each device you need to run the app on. Just like CDs, DVDs, and Blu-ray discs, it can be very tedious and time-consuming work if you have hundreds of computers and mobile devices that need to boot the software application.

With a PXE network software distribution method, you can literally touch hundreds of desktops, laptops, tablets, and smartphones simultaneously. Best of all, you may not even have to physically touch each device. Rather, as each user connects to your network, the software can be automated to install by itself onto their devices. You can also use a disc that is in the disc drive or a USB device connected to the USB port of your PXE server to automate distribution.

What Is A PXE Network?

PXE or Preboot Execution Environment is a special type of environment that has very limited functionality. However, PXE is able to send files as devices connect to the PXE server into their memory and have the device execute those commands in the files.

A PXE network relies on TFTP (Trivial File Transfer Protocol) and DHCP (Dynamic Host Configuration Protocol) to have the connecting devices download and receive the files before they actually boot up using their internal operating system boot commands.

How Does A PXE Network Work?

For example, in Windows-based environments, you would need to open the Server Manager, drill down to Scope Options, and then configure those options by providing the Boot Server Host Name, which is the PXE server's IP address and the Boot file name, which would have a value like PXEboot.0

Once your DHCP server is configured correctly, the next step is to configure the PXE server. You need to enable TFTP on the server and include the appropriate boot files, configuration files, and other instructions so that a connected device will download and run the desired software app.

Each of these files should contain specific instructions written in the proper programming language so the connected device is directed to the right software installation app. Depending on the operating system environment, you could even create a PXE menu of different software apps that users could choose from and install onto their devices.

Last, you need to make sure all of your devices are configured to boot to your PXE network. This requires updating the BIOS settings on desktop and laptop computers. By default, if there is no operating system on the device and no other bootable devices or discs are in the device, it should eventually connect to the PXE network.

Once the device is configured to boot to the network and is connected to Wi-Fi or hardwired to connect to your DHCP server, then the device should be able to receive files and their instructions from your PXE server.

What Are Some Different Distribution Methods For A PXE Network?

You may also decide you want to create numerous distribution points. When you have multiple distribution points, the user must select which one they want after their device connects to your PXE server. For example, you could have installation choices for a range of commonly used apps within your organization.

Essentially, you have one or hundreds of distribution methods, although most organizations limit the number of distribution points available to users to only those they may require for their specific jobs.

Can A PXE Network Be Used To Erase Data And Reformat Hard Drives?

One of the great things about a PXE network is it can be used to send any type of software app installation to a connected device. For organizations with hundreds or more devices in use, utilizing a PXE network helps save time installing new software apps, removing software apps no longer needed, and even erasing data on drives.

For example, if you wanted to deploy WipeDrive on hundreds of computers simultaneously over your PXE network, it is possible with the right PXE server, DHCP server, and boot configuration on your devices. Once the devices connect to the PXE server, they download and execute WipeDrive.

The data wiping process starts and continues, based on the pre-configured settings. After the drive has been wiped, you can then include other instructions in the configuration file, such as a command to format the drive. You could even go so far as to have the connected device download an image file that would return the device into its original configuration state before it was assigned to a user.

What Else Does WipeDrive Do During the Wiping Processes?

As the devices are being wiped clean, WipeDrive is generating an audit log. The audit log contains the serial numbers of each drive, as well as the computer hardware configuration details for every computer on which WipeDrive is being run.

The audit log can then be used to generate various reports that you can send via email, store on a network hard drive, download and save to your computer, or store in a SQL/MySQL database. You also have a choice between a wide range of reporting to a database to in specific file formats, including html, pdf, csv, txt, and xml.

What Are Some Benefits Of WipeDrive?

Some of the benefits organizations enjoy when utilizing WipeDrive and a PXE network include:

What Other WhiteCanyon Software Products Could Benefit My Organization?

Besides WipeDrive, WhiteCanyon Software offers several other products which could simplify various data management tasks at your organization, including: 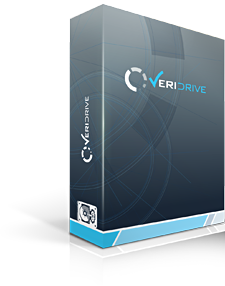 Verify drives have been successfully deleted. 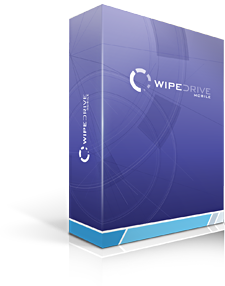 Erase all data and reset/update iOS on mobile devices. 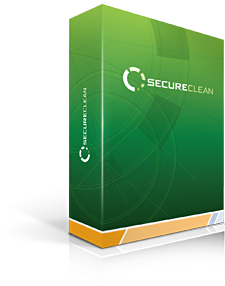 Regularly clean and remove any unwanted files & folder from your devices. 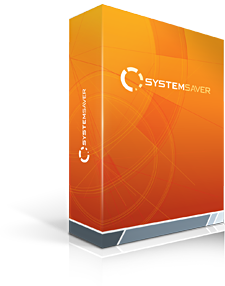 Erase all user data while keeping the operating system and programs on the device.

For further information about WipeDrive for a PXE network or any of our other related products, please contact WhiteCanyon Software at 1.801.224.8900 today! We would be happy to provide you with a demo of our products so you can see how they can benefit your organization. We also offer our products for home users to make erasing data quick, secure, safe, and easy.