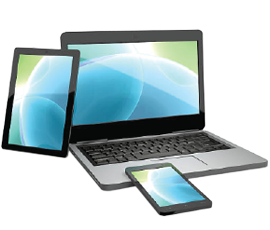 View on Google
View on Justia

The ‘selective storage device wiping system and method' patent provides protection on the methodology for the activation of the wipe process from a remote server or other site when a computer is reported lost or stolen. The wipe technique selectively wipes all data files and free space and then wipes the entire storage device. This causes any personal data files, photos, and videos to be wiped first. Once the wiping process starts, it will continue until complete. The process starts or continues whenever the computer is booted. Only when all personal and sensitive data is wiped, will the system then change the encryption key (if applicable) and begin wiping the entire storage device.

As long as the target computer is not reported lost or stolen, a status is assigned to its ID as “safe” in the database (or some similar status indicator). If the computer is lost or stolen, its status is changed to “unsafe”. This can be accomplished by the control center receiving a report from the owner of the computer either by telephone, online or by any other method, or in some cases, the computer may be tracking its own location and know that it has been stolen. The person or computer making the report can be identified as having authority by password, codeword or by any other verification method.

As long as the status comes back safe, the module ends (or returns to a background state) and turns control over to normal operating system or Basic Input/output System (BIOS) type software. To run periodically, before turning over control to the normal system, the module can set a timer for a high priority interrupt or the like to occur the next time it is to run. Upon this timer interrupt, either the module is re-initialized and started or if simply dormant, it is awakened.

If the status comes back unsafe, the module can become autonomous and begin wiping the target computer's storage device in a very selective manner. For extra security, the module can double check with the control server over the network to make sure the status has not been received in error. For high reliability, the control server can send an encrypted word or command that can only be decrypted by that target computer (such as by a special key or a public/private key system). For example, the server could store the target computer's public key in its database along with the ID and status. A wipe command could then be encrypted using the target computer's public key and transmitted. Only the correct target computer could decrypt the wipe command using its private key. While this extra security is optional, it is preferred since it prevents any accidental wiping that was unintended both on the particular target computer or on another computer that received the command in error.

An status message indicating unsafe can cause wiping of the entire storage space as previously described, or optionally can contain a list of files or folders to be removed without a full wipe. The following are the possibilities for an unsafe status:

While it is possible in some embodiments of the invention to build in the ability for the control server to stop the wiping operation, this leaves a security trapdoor that can defeat the system. It is therefore preferred that once wiping is authorized, there is no way to stop it, and there is no further communication with the control server.

The wipe operation is carried out selectively by first either choosing files from an ordered, or unordered, file list placed on the target computer by either the owner/user or by the control server, or by following a predetermined file order. Generally, it is desirable to first wipe all user files. These are any type of file that was created or downloaded on the target computer by the user or put on the computer at initial software loading time. These include document files, text files, photos, videos, spreadsheets, and any other type of file that can be created by any application (on a Microsoft system, this generally includes any file that does not have a .exe, .dll or other system or network file suffix). In other words, all of the files that might contain any information considered personal by the owner are overwritten first.

Next, free space should be overwritten since free space usually contains numerous fragments of user files including temporary buffers, parts of deleted files and the like. If free space were not wiped, a significant amount of user data would remain. Next, the module can optionally wipe all applications (which are executable files) and, if desired, part or all of the operating system (including the registry on machines running Microsoft Windows operating systems). Whether, applications and/or the operating system are wiped can be determined by the user's file list if one is used.

Of course, a knowledgeable thief could attempt to thwart the module by taking measures to prevent network communication until the desired data had been removed. To avoid this, the module can determine that it is unable to contact the system server to obtain the status of the computer. In this particular case, the module can go into an undecided state, and while not actually starting a wipe operation, it can prevent normal operation of the computer until it can contact the control server.

There are several possibilities for this embodiment:

Optionally, in some embodiments, the storage device can pretend to function normally (to fool a thief), but in reality be wiping.

The patent for a selective storage device wiping system is just one of the erasure patents that WhiteCanyon Software maintains. The patents further reassert WhiteCanyon's role as the leader in the data sanitization industry. For more information on WipeDrive Enterprise and its implementation in your organization, call 801.224.8900.