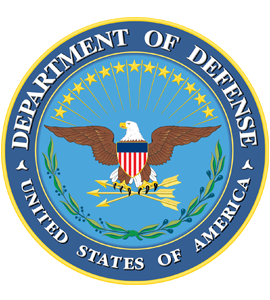 Changes in technology and data storage devices have forced the DoD 5220.22-M erasure standard to be re-evaluated. The following document discusses the DoD 5220.22-M deletion standard, its efficacy today and discover what organizations are using for their proven wipe method.

The DoD 5220.22-M data erasure standard was one of the earliest requirements for US military personnel on how to address data storage devices. Since this standard was one of the earliest, it became the ad hoc requirement for corporations, ITADs and data sanitization providers. This standard was incorporated in data erasure tools and became the pattern of choice for over a decade. As new data storage technologies emerged, as we will discuss later, the DoD 5220.22-M standard became outdated and is no longer recommended by the DoD or other certification organizations.

What is the DoD standard?

The DoD 5220.22-M policy was first published in the National Industrial Security Program's Operating Manual in 1995 to address data erasure in hard drives. It also addressed the destruction of data in tapes and other media. The DoD standard specifically lays out how a hard drive should be overwritten with ones and zeroes.

The DoD 5220.22-M data sanitization method is implemented with the following overwrite pattern:

The US Department of Defense 5220.22-M also addressed eradicating data from other media devices. See corresponding numbers below the following chart for the required process.

These methods of data eradication were adopted and used for the following decade. For data sanitization on hard drives, the DoD overwrite pattern would render all the data on a hard drive unrecoverable by software and hardware based attacks.

Though the DoD-3 and DoD-7 overwrite patterns were on their way out in the military environ-ment. Corporations and consumers were embracing the recommendation and continuing to adopt it as the recognized standard. This corporate requirement induced the majority of data sanitization software to include DoD 5220.22-M compliant overwrite patterns and the standard became universal in the industry.

For the past decade, the solid-state drive (SSD) has slowly become the storage device of choice over the hard drive. It is much faster, more reliable and has fewer mechanical failures, making it an optimum replacement as cost decreased. The SSD and other storage devices presented a major problem for the DoD standard. The standard was not created to address chip-based storage and the different mechanisms for handling the storage capacity.

This major issue, discovered by UCSD, caused a ripple effect in the industry and influenced NIST to release the NIST 800-88 Clear and NIST 800 88 Purge standards. The commercial space, including ITADs, have slowly accepted the new NIST standard but there are hold outs that still require a DoD overwrite pattern. (Please note, there is no certification for the DoD standard.) It is a requirement that organizations can be compliant to but not receive certification.

This long-awaited update is meant to give guidance on how to mark and handle CUI  in accordance with the Federal Government's broader CUI Program. DoDI 5200.48 is part of the DoD's “phased” approach to fully implementing its CUI Program, and additional guidance can be expected in the future. See the full Instruction.

NIST (the National Institute for Standards and Technology) functions to create commercial standards for materials and products. The agency first published a recommendation on data overwrites in 2006. The NIST 800-88r1 guideline provided methodology to address SSDs and other types of storage devices. This guideline was updated in 2012 with ATA commands and other recommendations for data sanitization. As with the DoD standard, there is no provided NIST certification for an organization or software tools. Organizations can only specify that they are NIST compliant when sanitizing electronic media.

The advances in technology have made the National Industrial Security Program DoD 5220.22-M Operating Manual overwrite standard obsolete. The DoD overwrite pattern was the proper method for over a decade. Since the standard was written new storage devices that are not correctly addressed by the DoD Standard have become widespread and the NIST standards were created to tackle the issues produced by these devices. As technology advances, we must assume that further standards will be created and adopted to address future storage techniques and hardware. 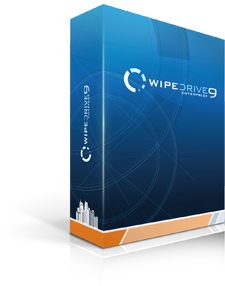 When you submit this form, our representatives will contact you to learn more about your company's needs. If your contact information is invalid, we will not be able to contact you about the trial.