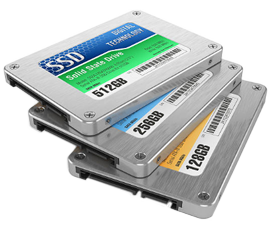 The 'Allow TRIM' option in WipeDrive Enterprise is a performance-enhancing feature for SSDs but should only be used if the SSD will not be verified by a 3rd party tool.

The TRIM command is an ATA command that allows an operating system to notifiy a solid-state drive (SSD) which data blocks are no longer considered in use and can be prepared for reuse. Doing this can make future writing to the SSD much faster.

The process of WipeDrive erasing an SSD includes a preliminary TRIM command to the SSD and then the SSD is overwritten with a specified overwrite pattern. The overwrite command causes data to be written to every memory block, thus overwriting all the data on the drive with this pattern. This also causes all memory blocks on an overwritten SSD to contain data, so when the SSD is used again its speed is limited because it is implementing write amplification on each memory block.

The 'Allow TRIM' command in WipeDrive's settings informs the SSD to TRIM the SSD after the overwrite. This means all the data in the memory blocks are dumped and the SSD is ready to save new data to each memory block - improving performance. This speeds up future use of the SSD but causes an issue with verifying the overwrite in the future. Since the data blocks have emptied the overwrite pattern WipeDrive used, the SSD cannot be verified by a 3rd party tool.

It is imperative that the "Allow TRIM" command is not selected if you will be verifying SSDs with a 3rd party verification tool.