As a result, Internet security has become a hot topic for individuals, companies and government agencies and Internet erasers have become essential tools. Without an Internet eraser, virtually anyone in any place with a computer can gain access to confidential and proprietary information on your computer.

Without an Internet eraser, anyone with basic computer skills can find out where you have been on the web including employers, family members, and friends.

In addition, hundreds of data recovery programs available on the Internet can find deleted e-mails, documents, pictures, and other confidential records still lingering on the free space of your hard drive unless they are removed with an Internet eraser. This lack of privacy often leads to embarrassment, job loss, and identity theft.

To eliminate these risks, developers began working on Internet eraser software to protect their customers' privacy. One of these developers was forensics expert Steve Elderkin. Steve worked with the Secret Service, CIA, and FBI developing forensic software tools capable of finding virtually anything ever stored on a hard drive.

His years of experience extracting data from computers led him to create an Internet eraser that could both find and remove sensitive data. He went on to found WhiteCanyon Inc., a company that specializes in Internet eraser software and other data removal technologies.

Unlike other Internet erasers on the market, SecureClean uses the same forensic technology as the CIA and FBI to find tracks of Internet activities, recoverable files, documents containing sensitive information, and other security threats. Files can then be recovered or permanently removed with Internet eraser technology that meets the US Department of Defense standards for data removal.

WhiteCanyon's mission was to create an Internet eraser combining the most advanced data removal technology in the world with an easy-to-use interface designed for users of all skill levels. SecureClean allows users to schedule Internet cleanings, Windows cleanings, and features a drag-and-drop file shredder that removes files right from your desktop.

SecureClean is an Internet eraser built with forensic technology that targets and permanently removes sensitive information. 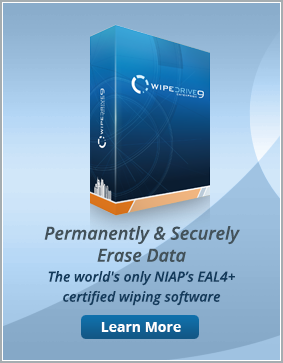